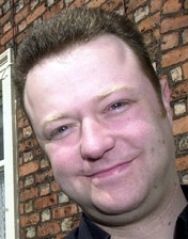 He started letting properties in 1991 at the age of 22 and formed CJ City Properties Ltd in 2004.  Having “lived in squalor” as a student himself he aimed to specialising in student properties, providing a safe, well managed and maintained home with a family feel.

We are now responsible for housing over 130 students every year and have 50 plus properties on our books, ranging from 1 bed flats, through 3 bed family homes to 7 bed houses with the odd commercial property thrown in. 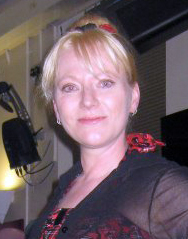 Crawford runs the business with Theresa and their three loud and enthusiastic but very young children.  They have a very personal approach to student accommodation and believe in treating all tenants fairly and in return, expect the rent to be paid on time and the properties to be treated with respect.

The student contracts are on an Assured Short hold Tenancy Agreement and run for 47 weeks, with the option to renew for those wanting two or three academic years.  All other contracts are generally on a 6 month Assured Short hold Tenancy Agreement with the option to renew, but contractors wanting a shorter period will be considered on an individual basis.

Both Crawford and Theresa have a long history with Carlisle and Cumbria.  Crawford’s Paternal Great Grand Father Studholme was Mayor of Carlisle in the 1930’s and his name can be seen on the Eden and St Nicholas St Bridges.  He also had 8 daughters who all went on to marry prominent local business men.  Crawford’s Maternal Great Grandfather founded the accountancy firm Saint & Co which is still going strong over 130yrs later.

Theresa’s family historically owned land in the Lake District for 100s of years even giving their name to an area called Hutton John.

Both Crawford and Theresa can trace their family history all over the Country, through high adventure and businesses right back to the English Civil War (they were on opposing sides) and beyond.  They believe in the current family business and intend to grow and nurture it for the next generation to take over and build upon.